The NFC function on a smartphone is said to be quite diverse and certainly useful. Starting from the need for the financial transaction to file transfers, everything can be done with this technology.

Fortunately, the NFC feature is now quite common on a number of the latest smartphone at affordable prices, so it can be enjoyed by all users.

However, do you still not know What NFC is on a smartphone and its other function?

What is NFC on a smartphone? NFC stands for Near-Field Communication. This wireless communication feature was first patented by Charles Walton in 1983.

In short, NFC is a short-range communication Protocol feature that allows two electronic devices to connect and exchange data with each other.

NFC developed from RFID (Radio-frequency identification ).the antenna used by NFC is shorter than the operator's waveform to prevent intervention.

The first Android smartphone that provides the NFC features is the Samsung Nexus S, released in 2010.

Often times NFC is already installed on the latest smartphones. Thus you can transfer data quickly over short distances without using cable or a slow Bluetooth connection.

How to use NFC

To determine whether your smartphone has the NFC feature or not, try checking settings > wireless and networks. You can see there is an NFC menu if your smartphone has it.
How do you use NFC on iPhone devices?
NFC on the iPhone is the first time in the 6th generation iPhone to support apple pay. at that time, NFC  on iPhone cannot receive and send data. This feature only available on iPhone 7 and above models.

How does NFC work?

NFC can operate at a radius of 4cm, so the NFC device to be connected must be at a very close distance.
The way it works itself by transmitting or receiving radio waves. This is is different from Bluetooth, which works on electromagnetic induction.
NFC devises itself divided into two, namely active and passive. The smartphone you use is included within the active devices because it can receive or send data.
Conversely, passive devices are only capable of transmitting information only so they don't need power.

Advantage and disadvantage of NFC

NFC is a tool for transferring data when compared with its alternates. NFC has several advantages. NFC doesn't require a lot of power when this feature is used. The connection of these devices is also high-speed.
Although including the latest technology, NFC also has drawbacks. When compared to Bluetooth, NFC transfer speed is slower.
Also besides, not all smartphones have this feature. Making it practical. Compare with Bluetooth that is on every smartphone.

As a method for connecting two devices, there are much use of NFC that we should know.Not only for checking electronic money card balances, there are still many uses of NFC that you must take advantage of because it really functions in everyday life.

After all, Smartphones with the NFC feature are now increasingly affordable, so they can be more easily reached by everyone.

1. Connect Mobile to Other Devices

In general, the main function of NFC on a smartphone is to connect two devices in both directions and receive and send information. The connection does not depend on Wi-Fi or LTE networks.

Unlike Bluetooth, which has to pair first, NFC is only left to be connected to be able to connect.

Practically, the NFC connection is used for many things, such as connecting a smartphone to a wireless router, headset, or speaker that is equipped with NFC.

The next function is to transfer files on your smartphone to your friend's smartphone by simply attaching the two smartphones.

You can send phone numbers, pictures, documents, and so on quickly and easily. Keep in mind, the speed is slower than the transfer using Bluetooth.

But, besides your smartphone that has NFC, your friend's smartphone must also have this feature.

In an era where the term cashless is increasingly being echoed, the presence of NFC can be a very practical means of payment.

You only need to attach your smartphone to a certain device. Later, NFC will provide the required data so that the payment process can be processed quickly.

Samsung Pay, Apple Pay, Google Pay all take advantage of NFC technology as a payment method. Unfortunately, the use of NFC in Indonesia itself has not been too optimal, so we cannot use these features yet.

Currently, the use of NFC in Indonesia can only be used to check balances and e-wallet top-ups by a number of government and private banks only. 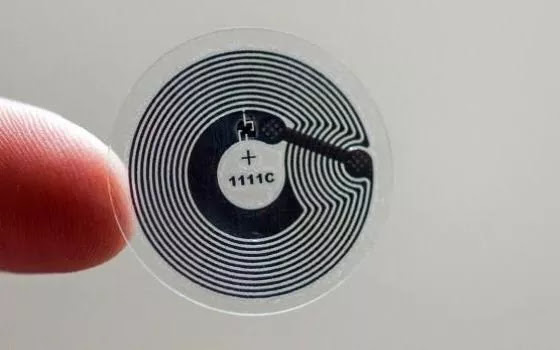 NFC Tag is a small tag or sticker that contains an NFC chip. Usually, this tag contains a web address or certain actions on a smartphone such as turning on WIFI or opening certain applications.

The advantage of NFC Tag is that you don't need additional applications such as QR Code. You just need to attach your smartphone to the tag to get the required information.

NFC Tag itself has been used for several sectors, such as in shops or companies to show details on prices and goods, and also mark locations.

The next NFC function is its ability to read data, including a growing number of smart cards.

Later, you can check as well as top up the balance for e-Money or e-Toll cards. The method is very easy and practical. You just need to stick the card to the back of the smartphone, then fill in the balance according to what you want.

Your device will automatically detect and suggest what applications can be used to access the card information.

If you have an NFC tag in your house, you can also open and activate certain applications automatically, you know!

For example, NFC tags are programmed to play music. This tag card can help you activate your favorite music application with just one tap! 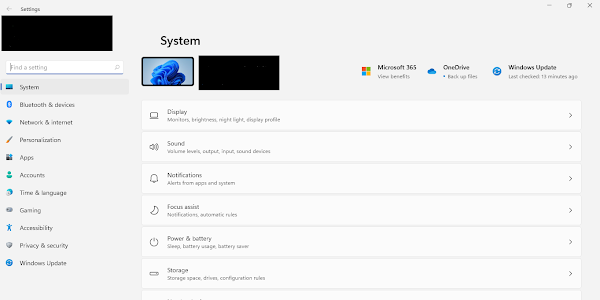 Today Microsoft released the first update for Windows 11 Insider Preview, the update released is update KB5004745 and brings a number of improvements…